Join Us for 10 Day European Christmas tour and discover some of best Christmas markets in Eastern Europe. Explore Prague, Vienna, Salzburg on this on this journey of breathtaking scenery, fascinating history, and great gastronomy. Head towards Zagreb as one of best Advent places in December. You will get inspired by the timeless stories each destination has to offer and experience its culture and traditions as authentic as possible. This tour is definitely something not to be missed!

Arriving in Prague, the capital and largest city in the Czech Republic. Welcome to the Prague airport and transfer to the hotel in the city center. After your accommodate, We invite You for a Welcome drink with your Tour Guide where You will get the first impression of the tour. Hotel overnight stays in Prague.

After breakfast, You will meet with Your guide at the hotel lobby and start with a Sightseeing tour around the Prague – the capital of Czech Republic. We will visit a Prague´s New Town, Old Town, the Jewish Quarter (Right riverbank) and the Prague Castle (Left riverbank). 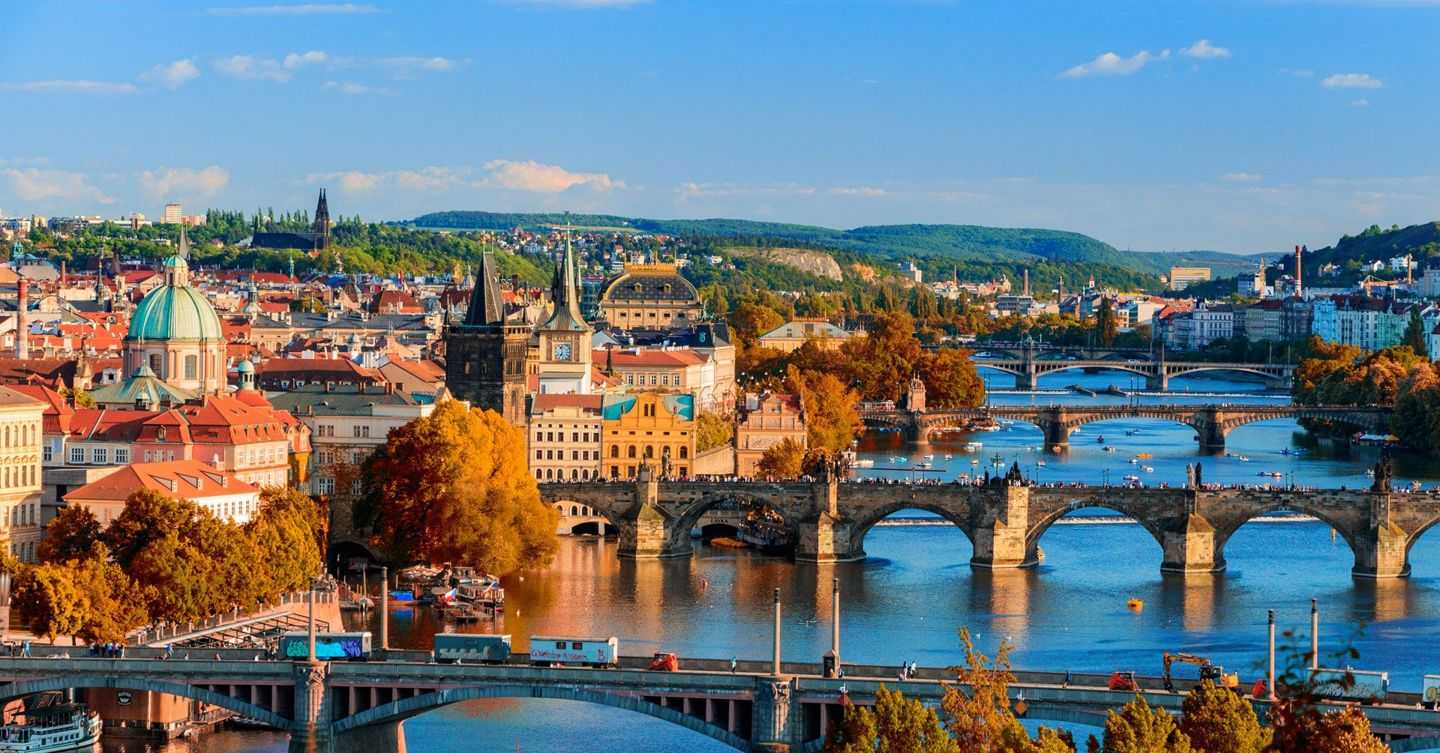 Prague Castle, the largest castle complex in the world, is a highlight of any tour of Prague. This stunning architectural achievement, which took centuries to complete, reigns supreme from a hill above the rest of the city. The Castle, founded in 870, is also the seat of the Czech president. Dominating the complex is the breathtaking, mostly Gothic Saint Vitus’ Cathedral, which took a staggering 1,000 years to build. Under Emperor Charles IV, Prague Castle was the seat of the Holy Roman Empire. During darker days, Adolf Hitler occupied it. In rosier times, first democratic president Tomáš G. Masaryk and dissident-playwright-turned president Václav Havel ran the country from here. After the tour, You have time at leisure to explore Prague streets on Your own. Hotel Overnight in Prague.

After breakfast, we are leaving Prague and heading towards Vienna – the capital of Austria. On our way, we will visit the city of Brno. Brno is the second largest city in the Czech Republic by population and area. The city lies at the confluence of the Svitava and Svratka rivers and has about 400,000 inhabitants. We will visit St Thomas’s Abbey, an Augustinian church located in Brno. The geneticist and Abbot Gregor Mendel was its most famous religious leader to date, who between 1856 and 1863 conducted his experiments on pea plants in the monastery garden. His experiments brought forth two generalizations which later became known as Mendel’s Laws of Inheritance. 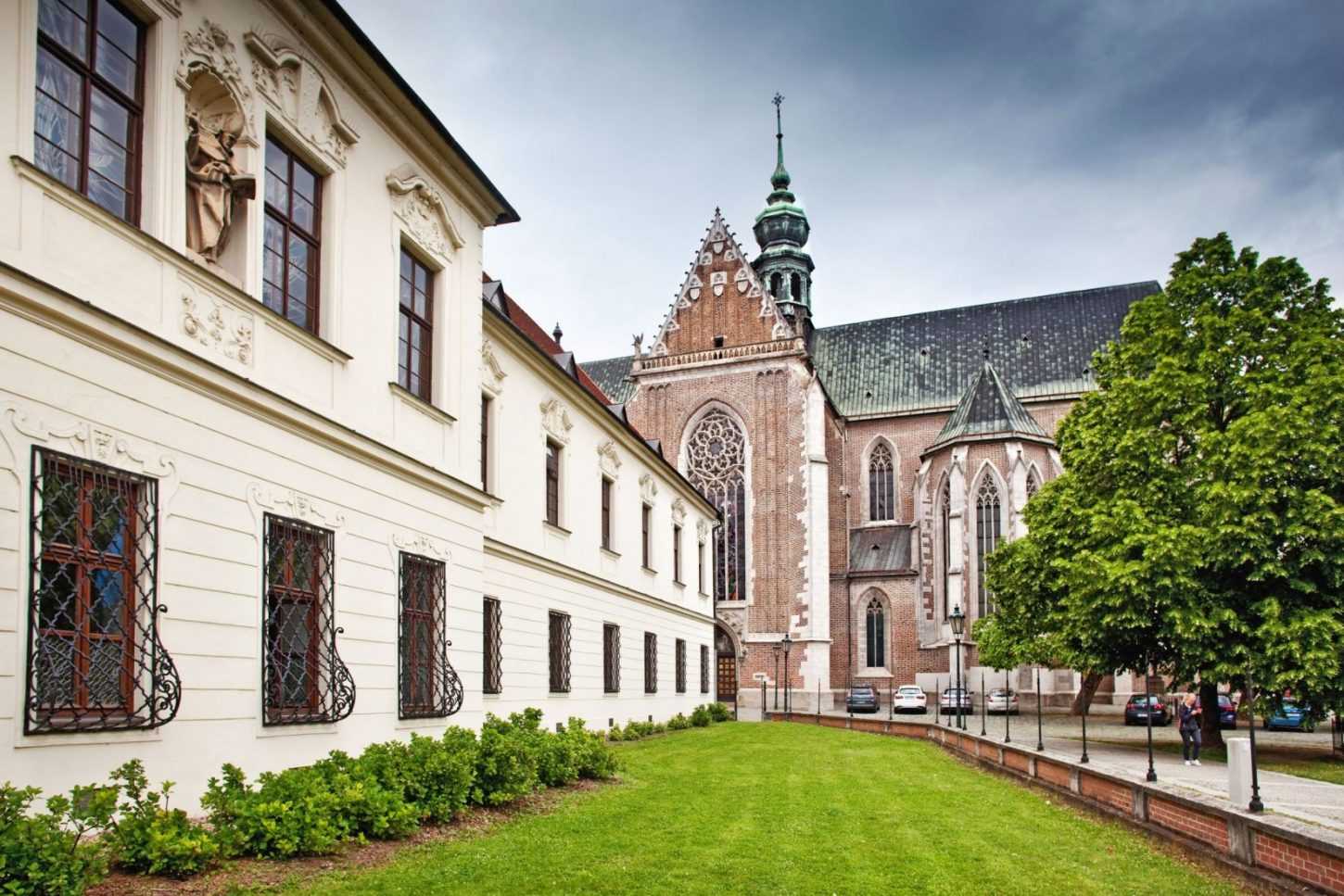 After the tour, You are going to enjoy a  local lunch in one of the local restaurants. You will enjoy the stunning countryside landscape and local homemade folk-cuisine specialties together with excellent local wines! Following the lunch, We are continuing our journey to Vienna where You will have a free evening and hotel overnight Stay in Vienna.

After breakfast, You will meet Your guide in the hotel lobby and have a Walking tour of the city of Vienna which will give you a thorough overview of the city’s most significant historical sights. You’ll see the State Opera House, Parliament, City Hall, the Burgtheater, the Votive Church and a few museums, including the Museum of Fine Arts. Schonbrunn Palace is another highlight of your sightseeing tour; it was the residence of Empress Elizabeth, affectionately known as ‘Sisi’ to the Austrians. After the tour, You have time at leisure to explore Vienna streets on Your own. Hotel Overnight in Vienna.

This day we are leaving Vienna and heading towards Salzburg for a day tour. On our way to Mozart’s town of birth, you become acquainted with the beautiful Salzkammergut landscape with its mountains and its numerous lakes, where Emperor Franz Joseph and his family used to spend their holidays. This morning will be dedicated to a stroll through the old city, showing you the most important sights of the old Bishops Seat. These are the Cathedral, the Festival Hall, St.Peters Abbey Church and its graveyard (tomb of Mozart”s sister Nannerl). Of course, we will show you Mozart´s birthplace in the Getreidegasse. The Edelweiss-Song from the movie Sound of Music will come to your memory while passing the horse-pond and from the gardens of Mirabell-Palace you will have a marvelous view of the Hohensalzburg Fortress. 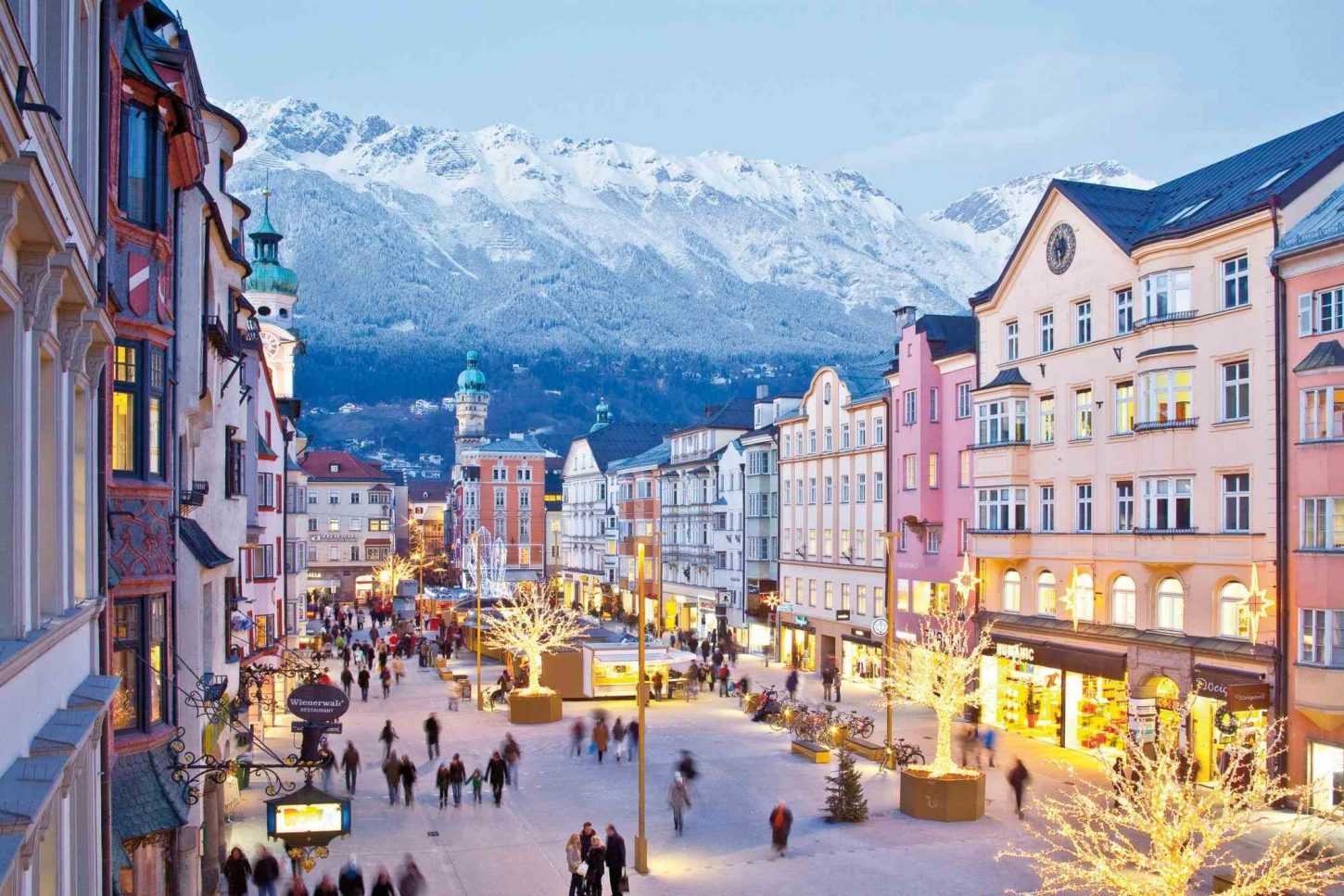 Later we are going to discover salt mines – the 490-year-old salt mines. Slip into traditional miners’ clothes and take the miners’ train deep into the mountain. Experience the fascinating underground world of the salt-miners and discover the charm of the magnificently illuminated subterranean landscape. Expected to return to Vienna in the late afternoon, free evening and Hotel overnight stay in Vienna.

After breakfast, we are leaving Vienna and heading towards Budapest – the capital of Hungary. Our first stop is the city of Bratislava – the capital of Slovakia. The greater metropolitan area is home to more than 650,000 people. Bratislava is in southwestern Slovakia, occupying both banks of the River Danube and the left bank of the River Morava. Bordering Austria and Hungary, it is the only national capital that borders two sovereign states.

After the tour in Bratislava, You are going to enjoy a  local lunch in one of the local restaurants. Following the lunch, We are continuing our journey to Budapest where You will have a free evening and hotel overnight Stay in Budapest.

After breakfast, we start with the Budapest city tour. Budapest is usually cited as one of the most beautiful cities in Europe and was put to the UNESCO World Heritage List for its cultural and architectural significance of the banks of the Danube, the Buda Castle Quarter and Andrássy Avenue. 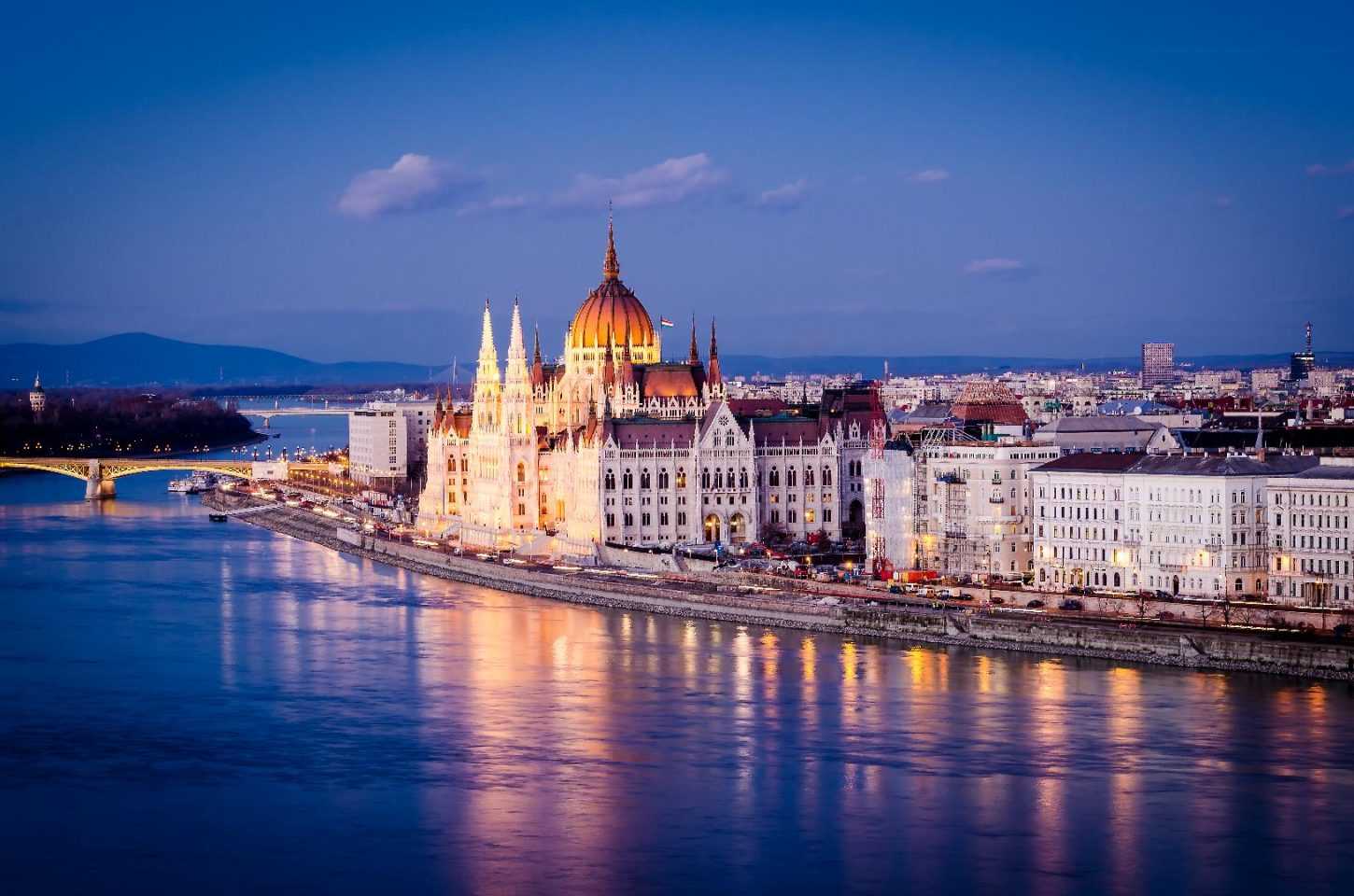 We will take a walk through the downtown Pesta, walk along the famous Andrássy Avenue, visit the oldest underground (metro) system in Europe, walk across the Heroes’ Square and see St. Stephen’s Basilica. We will go along the Budapest Danube Corso (Dunakorzó) from where you will have a beautiful view of the Castle Hill in Buda. We shall visit the terminal of the Millennium Underground, bordered from the north by the huge and beautiful Gerbeaud-House, where there is the famous Café Gerbeaud, opened in 1858. There you can try the best of Hungarian pastry such as the Dobos-cake, Somló sponge cake and plum pie. Hotel overnight Stay in Budapest.

After breakfast, we are leaving Budapest and heading towards Zagreb – the capital of Croatia. On our way to Zagreb, we’ll visit Osijek – the largest city in Slavonia and the fourth largest city in Croatia. Osijek old city, Tvrđa, is a baroque castle-fortress from the 18th century, around whose walls Osijek was later built. In addition to the Fortress, the city is also known for the Cathedral of Sts. Peter and Paul, which is considered one of the most impressive ones in Croatia. After the Osijek city Tour experience, We are heading north to the city of Ilok. A combination of visits to the best wineries in the eastern part of Croatia. To experience the winegrowing hills and the landscape and walk through vineyards, we recommend going to the Belvedere and vineyards of Principovac, which boast a magnificent view of the surrounding vineyards. 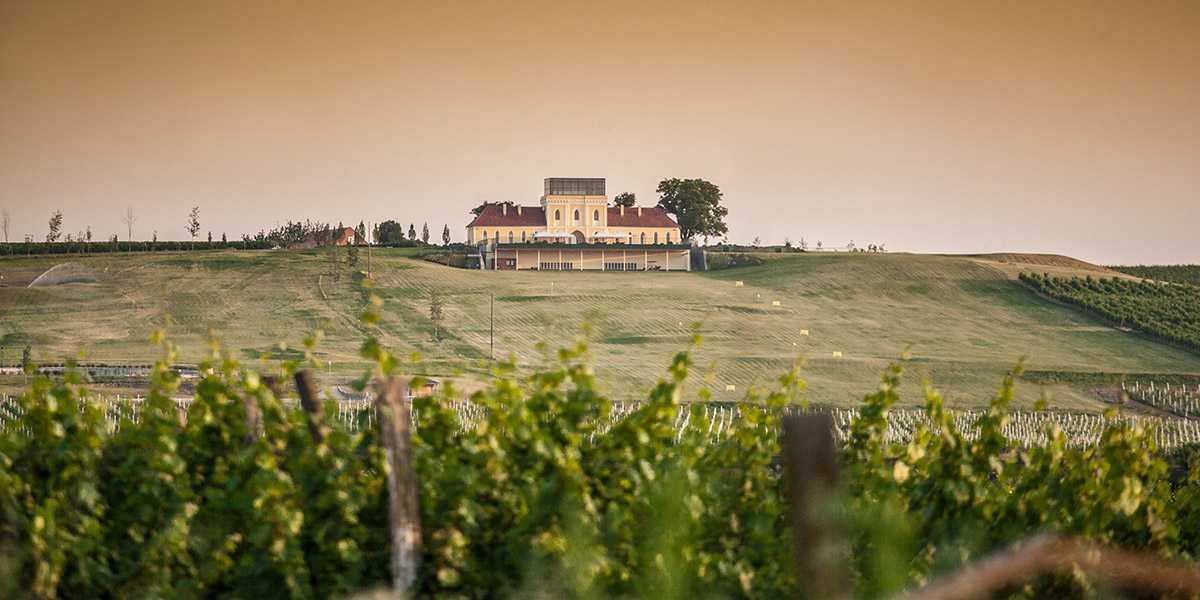 After the wine tasting, finish the “wine story” with a quality meal in one of Ilok’s restaurants. Expected to arrive Zagreb late afternoon. Free evening and Hotel overnight in Zagreb.

After breakfast, You will meet with Your guide at the hotel lobby and start with a Sightseeing tour of Zagreb, Croatian cultural, economic and political center of the country. The city tour will give you an insight into two different cities: the modern, urban and the historic and cultural Zagreb.  The tour will start at Zagreb’s main square – Ban Jelačić Square. You will take a ride by Zagreb’s funicular, originally built in 1890, which is the shortest cable car in the world has only 66 meters in length and connecting downtown Zagreb with the Upper (old) Town.

From the Upper Town, we will enjoy some of the most beautiful views of the area. After we go downtown passing by the Zagreb’s Cathedral and walking through Croatia’s biggest and picturesque Farmers market ”Dolac”. After the ”Dolac” experience, We continue our tour and you will get the verve of its vibrant streets and squares. With numerous museums, galleries, cafes, open markets, clubs and pubs, Zagreb is today a city pulsing with life. The city tour ends with lunch in one of Zagreb’s traditional restaurants where you will have a chance to try some of the local specialties. Following the lunch, You will have a free evening and hotel overnight stay in Zagreb.

Today is the last day of our tour, the departure day. Your guide will drive You to Zagreb Airport with a complimentary transfer to the airport. We Wish You a safe journey back home and We hope that You will have a great memory of these days spent with Us!

Kindly note: You can do accommodation by Yourself or we can book a hotel for You!