"Private Day Trip from Split to Trogir with a visit to Salona. Historical tour with private car either van and local licensed guide!"

Private tour of Split, Trogir and Salona with a car or minivan and local licensed guide is your best option for exploring the old town of Split. “Best of Split” is a great tour to get to know the town’s history. Discover the old part of the largest Dalmatian town and travel back to the “ancient Roman Empire”. Together with our guide, enjoy a panoramic drive from Split to Trogir. Both are protected by UNESCO with a pure Mediterranean spirit. Small local shops, beautiful views, and local restaurants are waiting to be discovered. Finally, we stop in Salona to explore Croatia’s most famous Roman archaeological site. Private day trip from Split is something you don’t want to miss! This is the best private tour of Split, Trogir, and Salona.

* Price per vehicle (for more than 8 people, send Us an inquiry for a special quote)

DISTANCE FROM SPLIT TO TROGIR?

HOW TO GET FROM SPLIT TO TROGIR?

Sightseeing
Gastronomy
History and culture
For individuals, couples, and families

Complimentary Pick up and Drop off
Professional, knowledgeable English speaking guide
Comfortable air-conditioned vehicle
All costs related to the driver
Available Wi-Fi in the vehicle

WHAT ABOUT ENTRANCE FEES?

Entrance fees are not included in the price of the tour (optional), so please have the exact amount prepared once you meet our driver in the morning on the day of the tour;

Departure Point: Hotel pick-up and drop-off from Split and outside downtown Split. Please advise your exact pick-up location upon confirmation. If you’re arriving by cruise, Your driver-guide for Split will be waiting for You in front of your ship for a touring of the local areas!

The city tour of Split and Diocletian palace will give you the best introduction to its importance and impressive sights. Today Split is the economic, historical, cultural and administrative center of Dalmatia. However, the story of amazing Split dates back to ancient Roman times. A Split’s most famous feature is its Diocletian’s Palace, considered to be the most spectacular. Emperor Diocletian lived long enough to retire. He decided to build his retirement Palace right on the peninsula near the Roman city of Salona. We will enter the substructures of the palace, which are prime examples of great Roman architecture. From the Diocletian’s cellars to the grand Peristyle square, Vestibule, and Jupiter’s temple, you will find yourself in the old town surrounded by great examples of ancient architecture. The split will make You feel like a spot-on-time traveler! 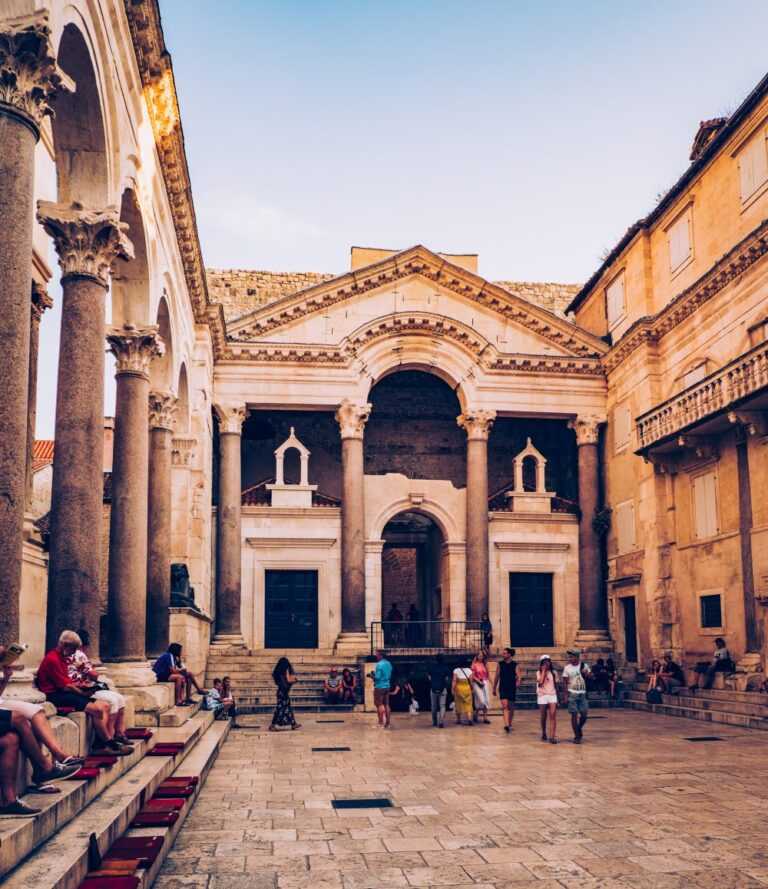 "Fascinating day trip from Split to visit Salona and the city of Trogir"
Next, we continue our drive from Split to Trogir. We will take you into the past time by retelling the stories and legends of Trogir. Greek, Roman and Venetian history on a small island connected to one makes this one of the most interesting historic oases on the Adriatic Sea. At the St. Lawrence Cathedral entrance, you will see a majestic portal of Radovan. It is the most significant medieval portal in this part of Europe. Afterward, we will visit the Tower of Kamerlengo, the Venetian governor’s palace. While strolling through this exciting city on the UNESCO World Heritage List, Trogir will introduce you to its importance and impressive sights. 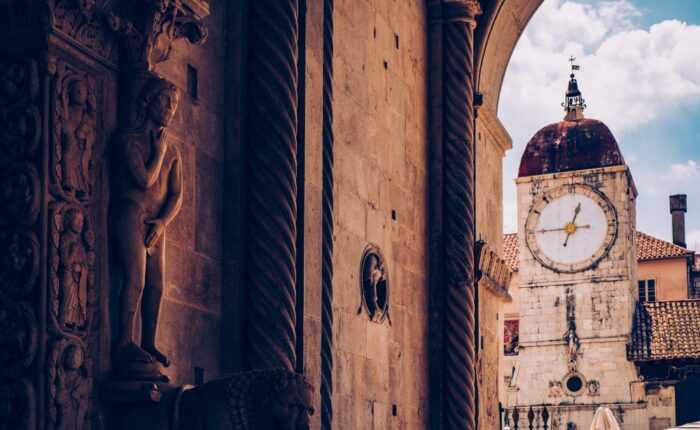 Finally, we will visit the ancient Roman ruins of Salona. Salona dates back to the 2nd century BC. It was the birthplace of Emperor Diocletian. It had all the infrastructure of all other Roman towns and reached its peak in the 3rd & 4th centuries AD. You’ll see the defense walls, aqueducts, basilicas, thermal baths, theater, sarcophagi, amphitheater, and more exciting sights. Seeing Salona puts the whole Roman era into perspective. 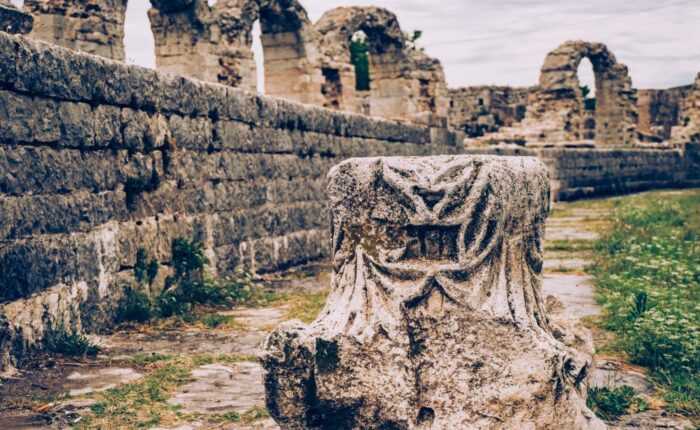 THE PLACES YOU’LL GO FROM SPLIT TO TROGIR!

“Discover the old part of the largest Dalmatian town of Split”

HOW TO BOOK SPLIT, TROGIR AND SALONA PRIVATE TOUR?

You can complete your booking online by using the displayed booking form on www.croatia-private-tours.com website. Simply, choose the date, departure, destination points and follow the link. Another option is booking over the phone. We are also available 24/7 by email, WhatsApp, and Viber.

WHAT OTHER SAYS ABOUT SPLIT, TROGIR AND SALONA PRIVATE TOUR?

LUXURY CAR/MINIVAN FROM SPLIT TO TROGIR?