"If you are in Dubrovnik, get the know the Old Town of Dubrovnik with an expert local private guide and 3-hours private walking tour!"

Dubrovnik private walking tour is a perfect choice for individuals, families, or groups of friends. Indeed, if you want to know all about Dubrovnik, you are in the right place. The morning we start at the Pile Gate, the main gate just outside of the old town walls in Dubrovnik. Meet your friendly local guide for a chronological summary of what the tour includes. Your guide will lead you through a carefully designed itinerary to show you the best of the Old City in a single tour. Dubrovnik walking tour is a great option for first-time visitors, even third-timers, or for those short on time.

Let Us prepare Your private tour of Dubrovnik Old Town!

WHAT ABOUT DUBROVNIK ENTRANCE FEE?

Dubrovnik entry fee is not included in the price of the tour so please have the exact amount prepared once you meet our driver in the morning at the day of the tour;

Departure Point: Hotel pick up and drop-off from Dubrovnik and outside of downtown Dubrovnik, please advise your exact pick-up location upon confirmation. If you’re arriving by cruise Your driver-guide for Dubrovnik will be waiting for You in front of your ship for a touring of the local areas!

Best of Dubrovnik is a great walking tour to get to know the history of the town, well known as “the Pearl of Adriatic”. We start in the morning at the monumental Pile Gate, located at the top of Stradun street. For beginning let’s start with a brief historical overview. The town was established 1.300 years ago by Greek refugees. Was under the control of the Byzantine Empire, Venice until the 14th century. Dubrovnik, known as a “Ragusa”, became an independent republic in 1358 and grew to become Venice’s rival in the Mediterranean. With a guide in a lead, you’ll visit Dubrovnik Cathedral, the Rector’s Palace, the Franciscan and Dominican Monasteries, Sponza Palace, and more. Each corner of this legendary city is its own unique experience. 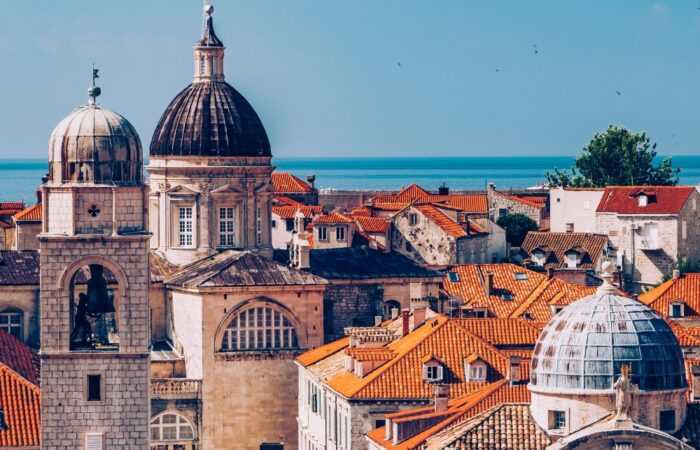 Dubrovnik’s most famous feature is its city walls considered to be the world’s most spectacular. The “City walls” encircle the entire Old Town. No visit to Dubrovnik would be complete without a walk around the spectacular city walls. From the top, the view over the old town and the Adriatic sea is absolutely spectacular. There are entrances to the walls from near the Pile Gate, the Ploče Gate and the Maritime Museum. Besides history, it has featured in the blockbuster television series “Game of Thrones”, Star Wars VIII and Robin Hood: Origins. If you want to know more about Dubrovnik, read on the page “About Dubrovnik“.

Following the tour in the old town, we can continue to – the magnificent Dubrovnik “Cable Car”. This fast cable car leaves north of the City Walls and brings people up to the top of Mount Srđ in less than 15 minutes in which you climb up to an altitude of 405 meters. The spectacular view of the town and sunset moments are nothing less than phenomenal. Besides the view, you can enjoy a cup of coffee or dine at the restaurant Panorama. 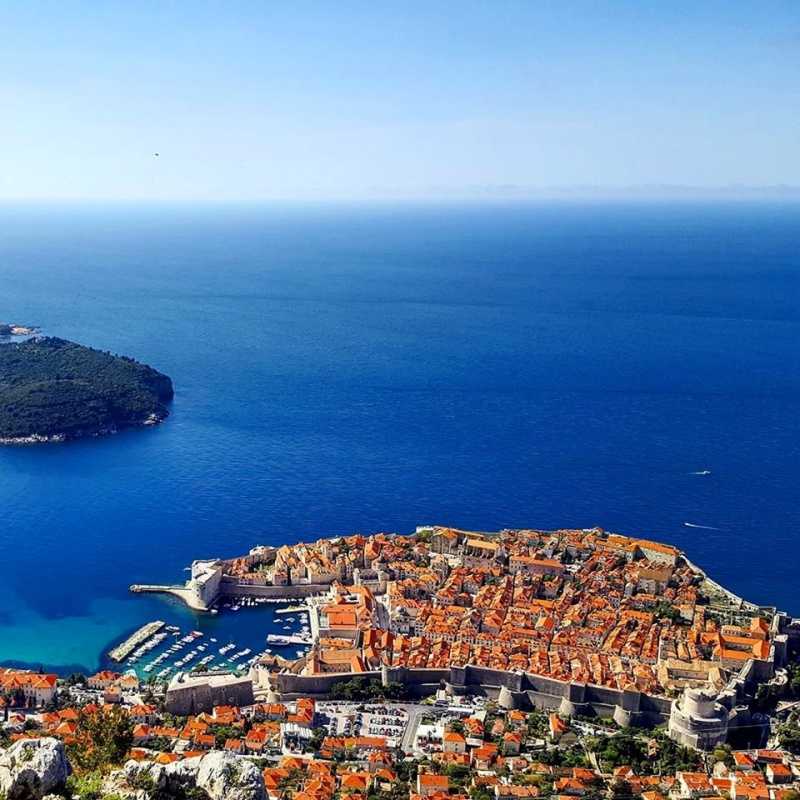 “Known as “the Pearl of the Adriatic”, and the most known tourist destination in Croatia”

“The stunning view overlooks Dubrovnik, the Dalmatian Coast & nearby islands”